World coffee production for 2019/20 is forecast 5.4 million bags (60 kilograms) lower than the previous year to 169.1 million, due primarily to Brazil’s Arabica trees entering the offyear of the biennial production cycle. With global consumption forecast at a record 167.9 million bags, ending inventories are expected to retreat 2.8 million bags to 33.5 million. World exports are expected down 800,000 bags to 116.8 million as lower exports from Brazil more than offset higher shipments from Indonesia and Vietnam. Coffee prices, as measured by the International Coffee Organization (ICO) monthly composite price index, dropped 15 percent in the last year to 93.33 in May 2019, the lowest since September 2006.

Colombia’s production is forecast flat at 14.3 million bags on normal growing conditions. The National Federation of Coffee Growers of Colombia (FEDECAFE) estimates that since 2012, about half of the 940,000 hectares of coffee have been renovated, mostly with rust-resistant varieties. This effort raised yields nearly one-third to 18.2 bags per hectare and lowered the average age of coffee trees to 7 years (from 15). FEDECAFE and the Colombian government renovated an estimate 80,000 hectares in 2018, with the goal of renovating 90,000 hectares annually to reach the production goal of 18 million bags in the coming years. Bean exports are seen unchanged at 12.3 million bags, while ending stocks are expected to dip slightly to 500,000 bags.


Indonesia’s production is forecast to gain a modest 100,000 bags to 10.7 million, with the gain split
evenly between Arabica and Robusta output. Robusta production is expected to reach 9.5 million bags on favorable growing conditions in the lowland areas of Southern Sumatra and Java, where approximately 75 percent is grown. Despite heavy rainfall in West Java that delayed its Arabica harvest, output is expected up slightly. Bean exports are forecast to rebound 1.6 million bags to 6.5 million, boosted by last year’s elevated ending stocks.
European Union imports are forecast down 500,000 bags to 48.5 million and account for over 40 percent of the world’s coffee bean imports. Top suppliers include Brazil (29 percent), Vietnam (25 percent), Honduras (8 percent), and Colombia (6 percent). Ending stocks are expected down 700,000 bags to 13.1 million.
The United States imports the second-largest amount of coffee beans and is forecast 400,000 bags higher to 26.5 million. Top suppliers include Brazil (24 percent), Colombia (22 percent), Vietnam (15 percent), and Guatemala (6 percent). Ending stocks are forecast up 200,000 bags to 6.9 million. 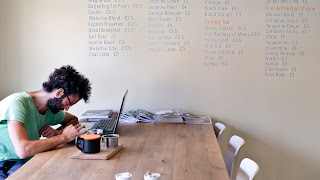